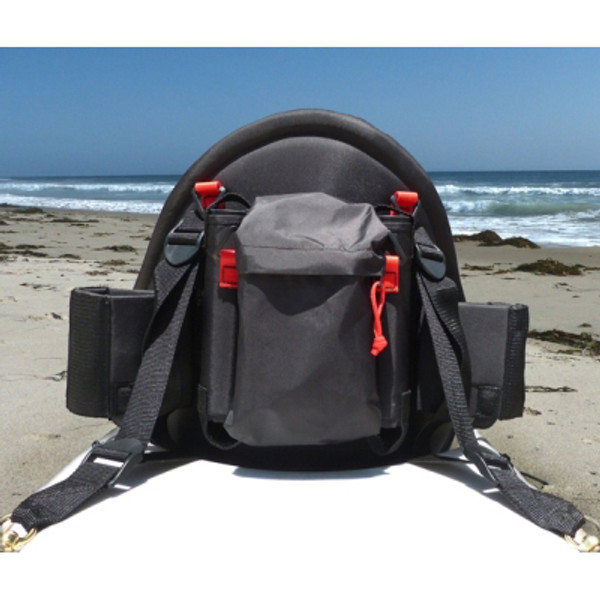 The Pacific Angler Fishing Kayak Seat from Danuu / Seairsports is designed for the gear-tech fisherman. It provides attachment options for all of your fishing gear. The newly added easy-to-locate red color detail adds a touch of style.  Two newly reinforced rod holders will keep your fishing rods secure while two water bottle holders (water bottles not included) with side pockets can hold your pliers, your walkie-talkie, your knive, your gaff and of course even your water bottle. A central zippered pocket in the back will stow your Plano boxes or other tackle. The 20 inch high seat back makes this seat the tallest available while the cushioned one inch closed cell gel foam seat pad with reflective silver lining will add to your kayak comfort. Forward and rear adjustable straps allow you to cinch this seat down into a firm position; adjust straps to get the angle and lean you want. What more do you need?

The Famous Big Back Seat